It is considered the most anticipated Christmas commercial of the year!

Released yesterday, the two minutes and thirty seconds ad is based around a little girl and her friendship with an excitable young dragon named Edgar, who almost derails festivities with his fire-breathing excitement.

It is John Lewis’s first joint Christmas campaign with Waitrose, Excitable Edgar is set to a recording of REO Speedwagon’s Can’t Fight This Feeling by Dan Smith from the band Bastille. It was filmed and produced for over two weeks in Budapest with an extras cast of around 100 people.

The story follows Edgar as his excitement about festivities in his village sees him accidentally melting the ice-rink, reducing a snowman to a puddle and setting fire to a Christmas tree as his anxious friend Ava looks on. 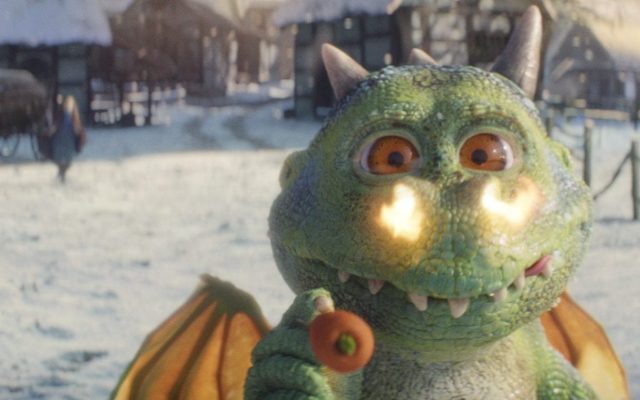 Being in despair,Edgar finally shuts himself away, but Ava encourages him to rejoin the village with the gift of a Christmas pudding. This which allow him to put his fire to perfect use. 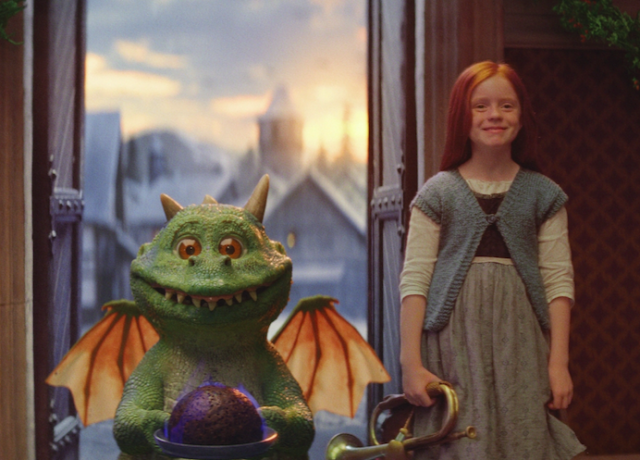 “It started from a spark of an idea – a little dragon’s excitement about Christmas – and became the story of how someone goes the extra mile for their best friend to give just the right gift.

“It’s a funny, heart-warming story that will resonate with our customers as they seek out the perfect gifts for their loved ones this Christmas.”